What: Compete against companies in the Madison area and see who can raise the most money during March Madness. Each week companies will continue to raise funds for Big Brothers Big Sisters and increase their cumulative total.  Fundraising amounts include registration fees as well as donations and amounts will be updated on a daily basis and posted to this page. At the end of each week, the teams with the most amount of money raised during that weeks time-frame will be announced as the weekly winner. Top eight teams will be entered into brackets for March Madness. All teams competing in the brackets will only have to beat the team they are matched up against in order to advance. Teams not in the brackets will continue to compete by having to outraise all the teams not in the bracket. Winner of highest cumulative total outside the brackets will compete for the championship against the winner of the brackets. All money raised during March Madness will be included in the company's total Bowl for Kids' Sake fundraising amount.

March 4th-March 10th: Qualifying round (raise money during this week in order for your company to make it on the March Madness bracket)

Bracket Release: The top 8 teams with the most amount of money raised between March 4th and March 17th, will make it on to the March Madness Bracket. Remaining teams will continue to compete each week for a cumulative total. The winner of the brackets will face off in the championship with the team that raises the most money (cumulative) that is not in the brackets.

Winner each week! In addition to seeing teams advance in the bracket a weekly winner will be the team with the highest cummulative total each week. Prizes will go to weekly winner, March Madness champion, 2nd place and 3rd place at the end of the tournament.

Raising a grand total of $16,705 for Big Brothers Big Sisters during March Madness! 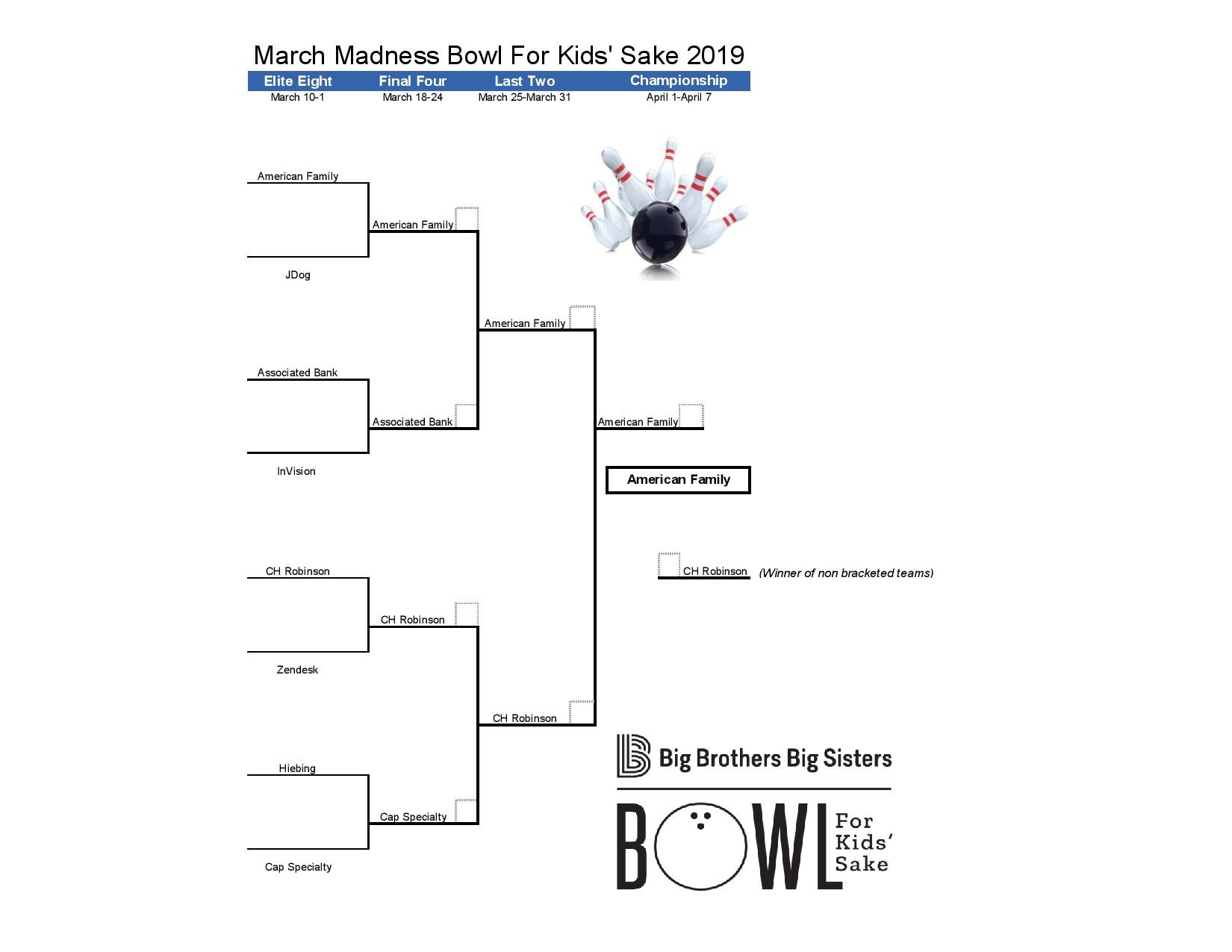